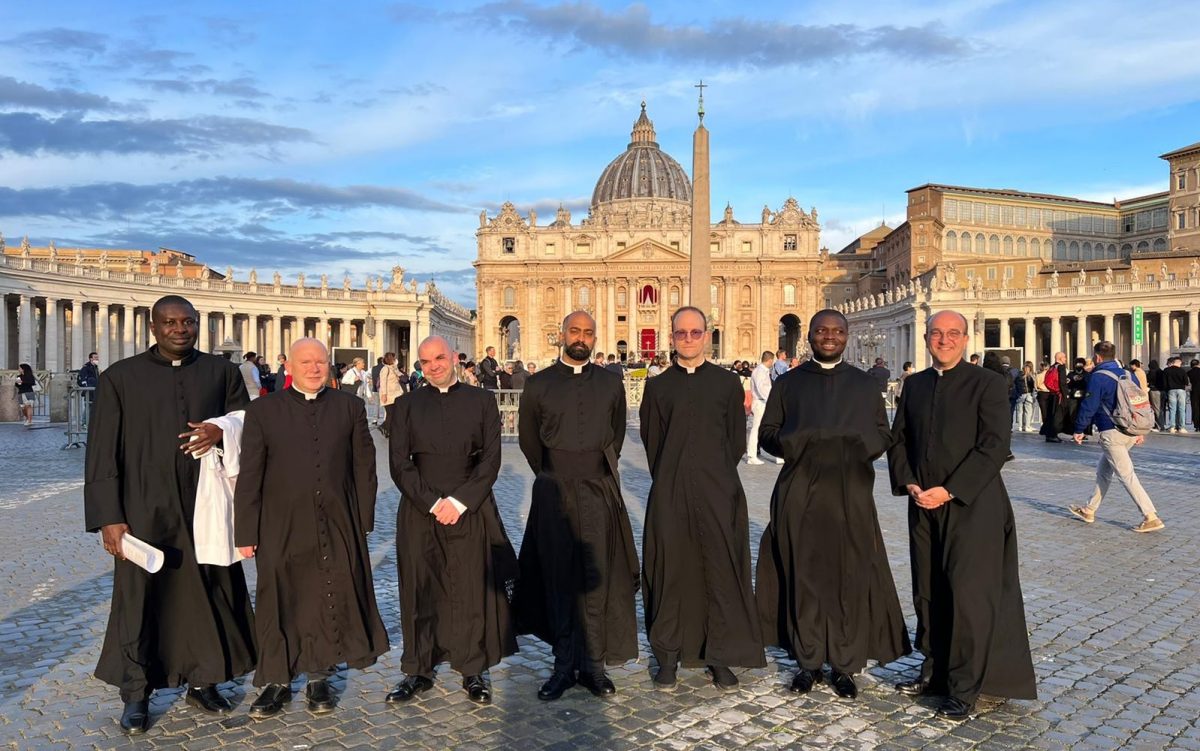 Due to the pandemic, I had spent two Easters in Rome without being able to go to the Easter Sunday Mass at St Peter’s. The first year we were in lockdown and the second time the whole seminary was in isolation after one of us caught Covid and ended up in hospital – he has, thank God, made a complete recovery since.

This year in March and April a worrying number of the seminarians and staff caught Omicron. It is much milder for the vaccinated but there is still a compulsory seven-day period of isolation in Italy if you test positive, so it felt as if Covid would spoil yet another year. Fortunately, I managed to avoid it, perhaps because we are still by law wearing FFP2 masks inside shops and on public transport.

Now, I do not pretend to be able to sing well but I joined the seminary choir on the grounds that I never would improve if I didn’t try. There are two English seminaries in Rome: the one for “mature vocations” at the Beda, where I am, and the Venerable English College, or the Vec for short, which has history oozing out of it, and is right in the middle of the city. That’s where they send the clever young men and lots of them go on to be bishops. However, when Easter comes, they do ask us to join them at the Vatican for the Pope’s Easter morning Mass.

Good Friday was obviously a busy day in both seminaries, but we found time to go to the Vec for a practice and to get our tickets.

On Easter Sunday I was up before six as we had to be there by eight for Mass at ten. I gave myself plenty of time to get ready as I had never worn a Roman collar before, or the full priest’s cassock, and it felt odd. The seminarians at the Vec are much more used to such things as it is expected of them. Though it felt strange at first you soon forget about the collar, and I suppose clerical clothes will become quite normal to me. As, God willing, I shall be ordained a deacon in June, I don’t have long to find out.

We gathered outside the chapel downstairs and set off for the nearby tube station thinking that would the quickest, but we spotted a number 23 bus which goes straight from the seminary to the Vatican. The driver waited as this bunch of not so young seminarians ran in their cassocks – he surely knew where we were going and why. There were only two people on the 23, who suddenly found themselves in a bus full of ecclesiastics in cassocks – the look on their faces was classic.

We arrived in good time to find long queues forming already. We chatted and took photos while we waited for the seminarians and the rector from the Vec. It was time to go in.  Our tickets were a different colour to the ordinary tickets and stated that the Pope’s Master of Ceremonies was granting us access to participate in the liturgy as choir members. We still got the airport style security checks, of course.  I suppose any terrorists trying to blow up the Pope would disguise themselves as seminarians or priests – you can hide plenty of things under a cassock – but we were excused the huge queue and went quickly past the Swiss Guards into St Peter’s itself.

We were seated just outside, very close to the doors of the basilica with a view looking down at the square. As we were seated a bit back, I didn’t get a good view of the Holy Father, but it didn’t matter. Our role was to provide a “warm up act,” with the German seminary doing the same with Easter hymns in German. We sang Alleluia Sing to Jesus, All Creatures of our God and King, and Perspice Christicola and the Germans sang their songs. I am not sure how much people really heard as the bells were ringing loudly. I suppose if was a sort of ecclesiastical background music. Then, as is usual for these Masses, they recite the rosary in Latin. It creates a prayerful atmosphere and quietens everything down.

Then the Mass began, and the Pope was there. The Gospel was sung twice: once in Latin by an American deacon from the North American College and then in Greek by another deacon. Spanish, Italian, French, English, German, Chinese, Russian and Arabic were used in various readings, songs, and intercessions to give an international flavour, but the Mass is basically in Latin. A good quality booklet with the texts and music for the Mass was left on every seat – a wonderful souvenir – but as I used it my cynical self said, “That’s why we’re here.” The booklet has parts for the choir and for the people. The choir naturally means the professional singers of the Vatican’s own choir and we were singing the people’s parts. I suppose the reasoning is that seminarians should know how to sing the Latin responses and make sure there is enough volume. They have a lot of liturgical wisdom at the Vatican, born of a long experience of doing such things. 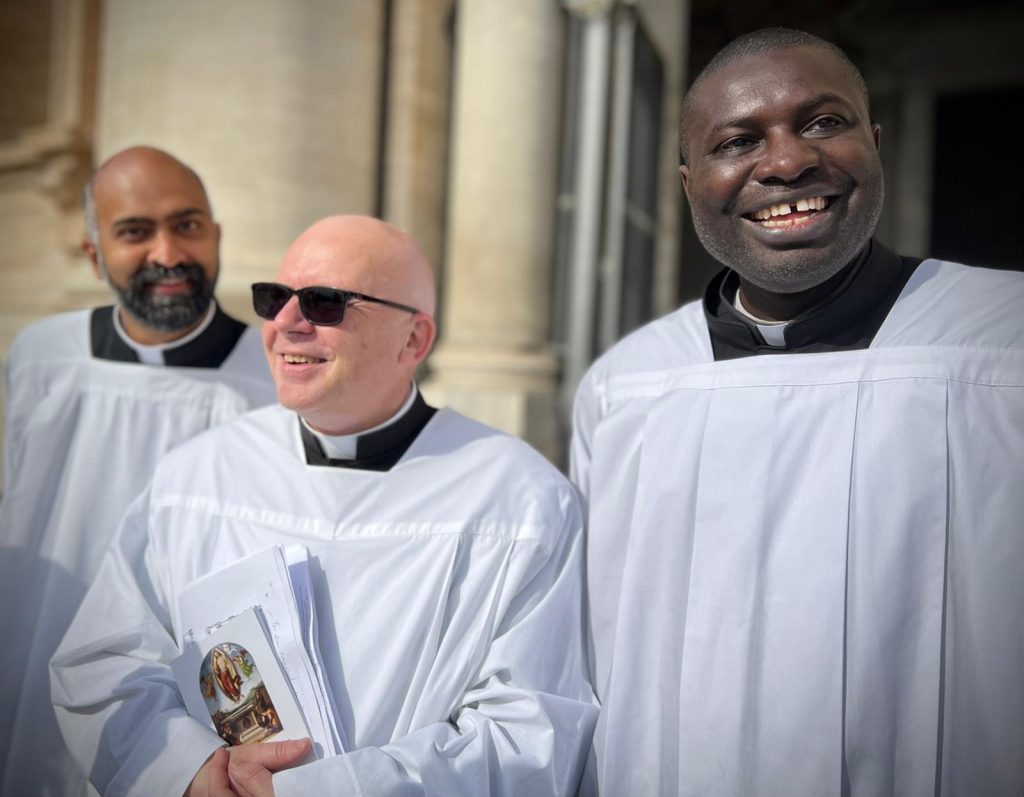 After Mass we waited for the Pope’s Urbi et Orbi message at noon: he made a passionate plea for world peace, after all it was only days since he had consecrated Russia and the Ukraine to the Immaculate Heart of Mary.

And then it was off to lunch for Easter Sunday on a beautiful sunny day with the city seeming to be coming back to life and normality after the dark days of the pandemic.

I hope that next year, which should be my final year in Rome, I shall be able to go again.  As we prepare for ordination as deacons and then priests, please keep us seminarians in your prayers. May the peace of Easter be with you all.

To read some further reflections of Andrew Bishop’s on Easter Sunday at the Vatican, please click here.